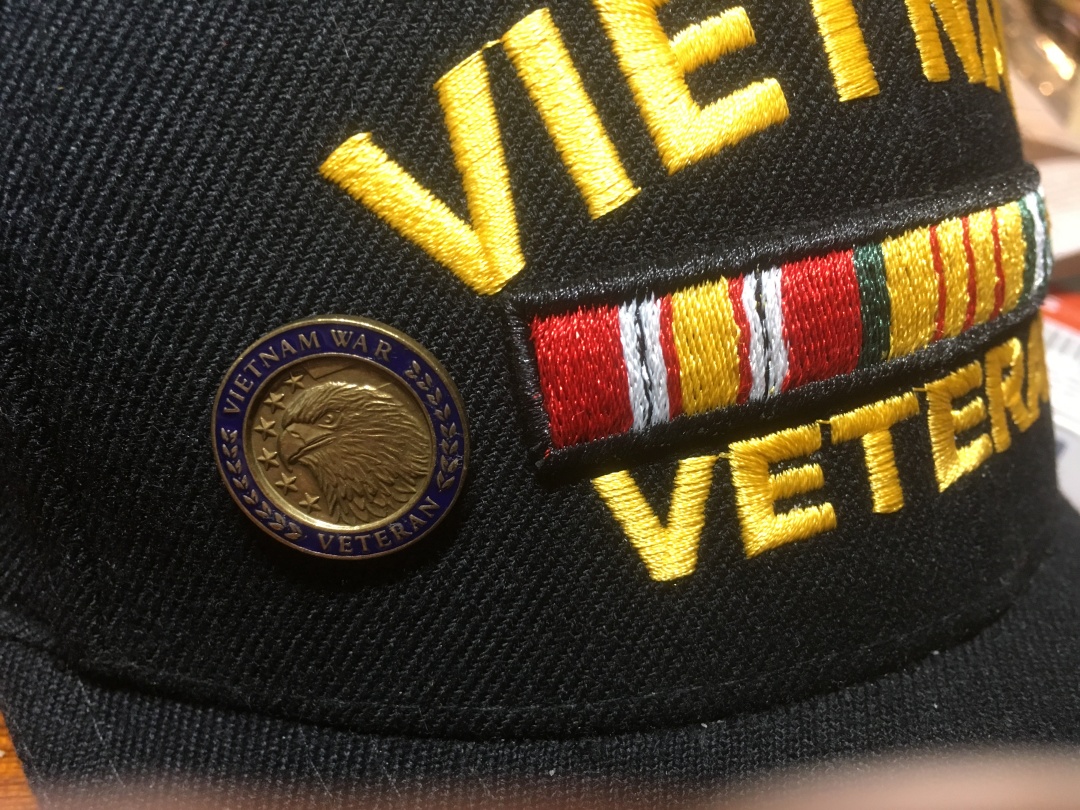 I was one of about sixty Vietnam War veterans honored by Congresswoman DelBene on Friday, November 10th, the day before Veterans Day. I spoke to one of the speakers, Major General Bret D. who served with my unit, the 7/17 Air Cavalry. He was kind enough to give me a transcript of his Veteran’s Day 2017 Speech.

The ceremony was part of the U.S. Department of Veterans Affairs’ 50-year commemoration of the Vietnam War, which saw more than 2.7 million Americans serve. “Thank you for your service to our nation, we salute you,” DelBene said to the crowd, many of whom were veterans wearing service hats.

The Redmond Reporter ran a brief story about the ceremony–it appeared on the front page of their November 17th issue and on their website.  The following is an excerpt from that source.

Growing up, Daugherty said he saw images of soldiers returning from the war. Veterans Day is an opportunity to thank soldiers and celebrate those who survived wars and conflicts, he said. “I believe that we owe a special thanks to those of you that served in the Vietnam War.” Only 6 percent of Americans are veterans, Daugherty said.

Soldiers don’t choose to go to war, but Daugherty said they answer the call of duty. “America is protected by ordinary people who choose to do extraordinary things with their lives,” he said. Even after their time with the military, Daugherty said their service continues by being active citizens and participants in society.

Francisco F. Ivarra, president of the Washington State Council of the Vietnam Veterans of America, addressed the crowd. Ivarra said he recently talked with an author who was documenting the stories of Vietnam veterans to be housed in the Library of Congress. He said this, along with other recognition, is important to him and other veterans of the war. “We did our part, we did what we were asked to do and we didn’t say no,” Ivarra said. His organization has made inroads for veterans by helping them get services and access to help and assistance over past decades.

The final speaker, Dr. Bill Couser, a Vietnam veteran who received a Purple Heart, said there were acts of heroism made by ordinary Americans all throughout the war. “We took care of ourselves, we took care of each other,” he said.

Following the speakers, Ivarra called the names of the veterans in the crowd as they were presented with a commemorative pin for their service in Vietnam.

After the ceremony, DelBene again thanked the veterans for their service, and said one veteran in the ceremony said this was only the second time anyone had thanked them for it.

Quoting from a Redmond Reporter article, it goes on to say,

“The Vietnam War started in 1955 after decades of the country being colonized by various countries and partitioned, beginning with the French Empire in the mid and late 1800s.By the late 1960s, America became heavily involved in the war in opposition to the forces in North Vietnam, which wanted to unify the country under a communist system.

More than 58,000 Americans were killed in the conflict, as well as millions more combatants and civilians on both sides. The war faced backlash in the U.S. and many American soldiers who returned faced social stigma. According to the Vietnam Veterans of America website, when soldiers returned from Vietnam, the U.S. government did not make taking care of them a priority. This didn’t begin to change until 1978, when a group of veteran activists formed the organization and began petitioning Congress for funding, services, and recognition. ”

There are more than 200,000 veterans in Washington state who served in the Vietnam war.

William Vaughn is an author, mentor, and granddad. He's lived and traveled all over the world, flew helicopters in Vietnam, won a few medals and retrained in the personal computer industry where he worked for about forty years, ultimately publishing about a dozen books. In 2006, he redirected his career again, this time focusing on fiction writing. He has at least six books published with more to come. Search for his website http://betav.com. He's passionate about environmental, healthcare and veteran's issues and posts regularly on his Facebook page. https://www.facebook.com/William.R.Vaughn View all posts by William Vaughn

This site uses Akismet to reduce spam. Learn how your comment data is processed.

This page provides a place for the President and support team to keep everyone up to date.

See the Next Meeting page for more information.

The Vietnam Helicopter Pilots Association (VHPA) is a non-profit veterans organization filed under Section 501(c)(19) of the Internal Revenue Service.